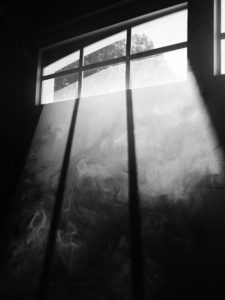 Fire is dangerous, that’s obvious enough, but few people understand the dangers of smoke damage after a fire. At Project X Restoration in Denver, we want you and your family to be protected not only from fire but also from the issues that can occur after you have survived a fire in your home.

When people think of house fires, many focus on the flames burning things to ash, but did you know that smoke from the fires is often the true killer in house fires?

Smoke is the leading cause of death in fires; it surpasses burns by a 3:1 ratio. Many people also understand that direct exposure to smoke is harmful to your respiratory system, but did you know that the smoke could cause issues with your home’s structure? Smoke from a fire contains carbon monoxide, carbon dioxide, and soot. Whatever burns in the fire can also release harmful chemicals that are dangerous when inhaled but also cling to walls, furniture, ductwork, clothing, and more.

Knowing more about the dangers of smoke after a fire can help when it comes to restoring your home to its pre-loss state.

Temperature and Airflow Determines Much

One of the most surprising things about the dangers of smoke damage after a fire is where else in your home it can be found. Some of this makes sense once you understand how temperature and airflow interact with the surrounding environment. Additional heavy smoke damage occurs in the following areas, which can be unexpected, but again, makes sense once you understand.

If you have had a fire and are experiencing the dangers of smoke damage after a fire, contact us at Project X Restoration in Denver. We can help you sort through how best to restore and repair your home following a fire.